What does it take to hold the title of “The Ultimate TV Show”? One cannot ignore the fact that everyone has their own opinion about what could be considered the ultimate but I come on this here taynement blog to present you and convince you beyond reasonable doubt that Doctor Who is the ultimate TV Show.

Quite simply, by virtue of its longevity – currently in its 50th year—there is something very unique about this show that keeps it going and going and going. The most obvious would have to be the person of the Doctor. The Doctor as he is generally known is an alien, specifically a Time Lord.  Time Lords were an alien race from the planet Gallifrey that was destroyed during the time war. Odds are that I have lost you but work with me for a second. This advanced race of aliens was known for two things; their ability to see through all of time & space and their ability to regenerate.

The process of regeneration happens close to the point of death. Let us assume I, Babse, was a time lord and I was about to die, I cheat death by taking on a new form. This new form still contains all the memory of the old form but is a totally different person. In lay man terms, imagine if all of my memory was transferred to you reading this but all your thoughts, desires, ideas, likes and dislikes and all that makes you who you are was still very much intact. That is regeneration. What regeneration has allowed is a show that can utilize various new actors with different personalities to represent The Doctor. There have so far been 12 individuals who have portrayed The Doctor through the history of the show. In essence, by virtue of the nature of the show, The Doctor is more of a symbol than a person.

Episodes of Doctor Who revolve around the Doctor, our protagonist, travelling through all of time and space on adventures with his travelling companions to save the universe. Saving the universe ranges from saving humanity from other alien races to saving other races from humanity and what it has the potential of becoming. The Doctors’ companions are primarily humans, although he has had other alien companions including a robot. His travels take place in a Time Machine/Space Ship called the TARDIS. This is short for Time And Relative Dimension In Space & it happens to be a Police Box. Yes this might sound complicated and you are wondering, how is a Police Phone box a space ship? 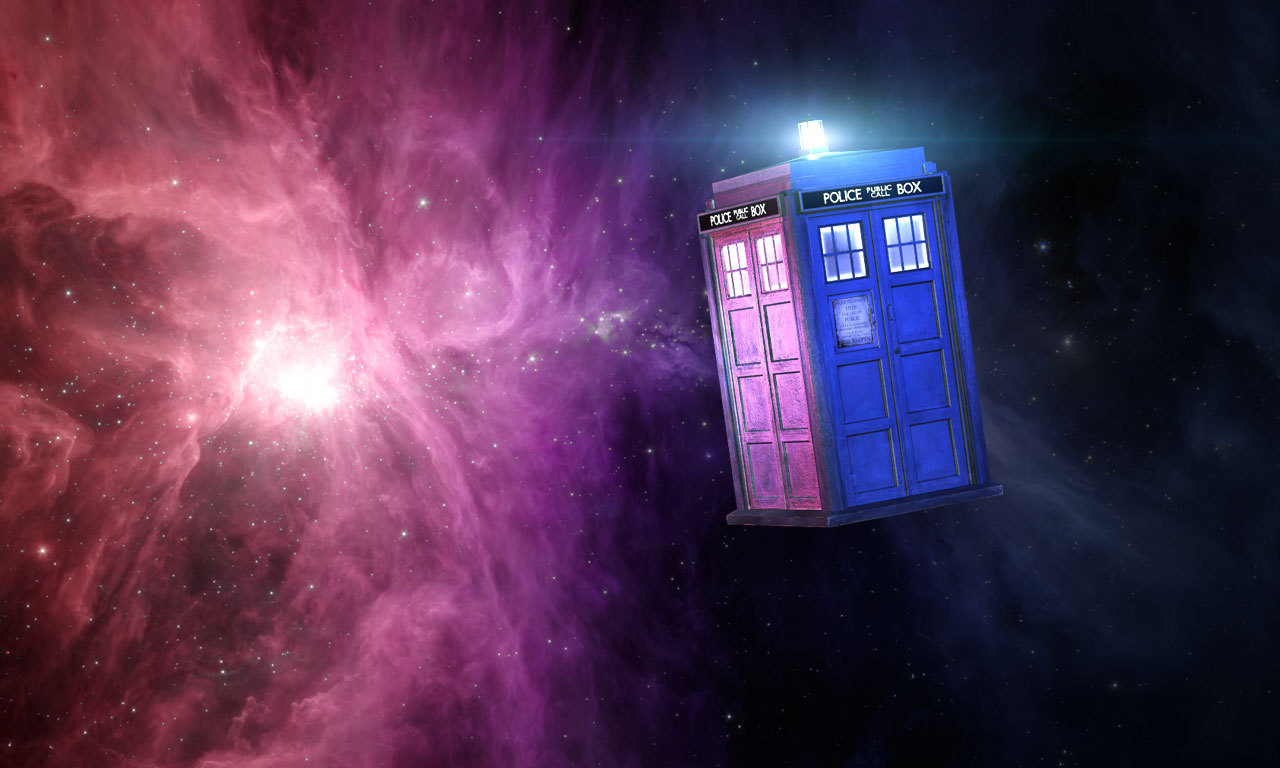 Basically, the TARDIS is a “spaceship” that  is bigger on the inside. It’ll take a few dozen more posts to attempt to explain this but that isn’t necessary. Now these adventures spread across all the universe ranging from Saving the queen of England in the early 19th century to preventing the great Volcano on Pompeii that took place in 79 AD.

No, Doctor Who is not your 24 or NCIS, neither is it your Good Wife or Grey’s Anatomy. Not even your 4400 or your Lost which seem to border on the unreal. Doctor Who epitomizes the age old question; “Is it possible?” and attempts to answer why using science, literature, music, history and a host of other core facets of society. Doctor Who presents concepts that are beyond the reach of human intelligence in funny, witty albeit in a very geeky way.

Individuals that lock into the idea of the Doctor are in for a thrill ride that blasts off with the “Will he mess up all of history by going to change the past?”. The ride speeds up with the “wait, could it be that history is the way it was cause of what the Doctor Did”, twists and turns with the “Oh wow, who would’ve thought that you could explain such a phenomenon through a TV series”, and comes to a stop with real scientists and historians corroborating the possibility of the most extravagant scenario in the show such as time travel or half human half robots.

Overall, the plots, acting and dialogue will not win the show an Emmy anytime soon but once you move beyond the surface and engross yourself in the real message the show presents, you will not regret getting into the Ultimate TV Show ever created. It doesnt hurt if you are into great Orchestra and Choral music because this show has some of the best incidental music out there. So go on, powerup your Netflix or Amazon instant Video accounts and get in on the greatness that is Doctor Who. You will not regret it.