After more than a month away, our favorite family show begins its last four episodes of the series. Let’s see what the clan had to endure.

It begins where we previous left off: Zeek having a heart attack. While Zeek is carted away into the hospital, the show provided us with a montage of how the children received the news: Adam on the phone his emotions changing by the second while Kristina looks on immediately figuring out something was wrong with Zeek; Crosby frantically searching the house for something until Jasmine appears holding the ‘something’ – keys. She gives him a reassuring hug; Sarah, while trying not to wake up Hank, quickly dresses up to head to the hospital. *pause* That scene was telling in some ways because it seems Sarah is maybe still not comfortable having Hank around her family? Or maybe she doesn’t want to burden Hank with her family problems? It could go either way; Julie and Joel settling into their mattress after, what we can only assume, was some explosive make-up sex. Julia gets the news while Joel looks on, worried.

The children all meet and immediately start talking over each other while trying to extract some news from their mother. They quickly learn that Zeek has been stabilized and in a few hours he’ll be transferred to the ICU. The news did not sit well with the family. Adam finds Camille crying inside the church chapel. For someone who’s been so strong around her children during this whole ordeal, Camille continued to cry even though she tells Adam she didn’t want him to see her like this. She goes on to say that this time around, it was bad. And she doesn’t think her husband will make it.

Amber arrives. Followed by Hank. Hank wants to stay while Sarah insists that he doesn’t have to. Hank persists, offering that he wants to help in some way. So Sarah informs him that Drew is stuck at school because his car won’t start.

Meanwhile, if worrying about Zeek wasn’t enough, Adam and Crosby now had to deal with the break-in of the Lucheonette. A little part of me wanted either brother to be the culprit of the break-in. I don’t know. Like, hire some thugs to do damage so that they can get a payout from the insurance company. Cleary, I watch too much drama TV. And Parenthood isn’t that kind of show. Well, it turns out thugs did willingly trash the studio, taking every prized possession with them. Adam comes back with the news that the insurance company can assess the place to determine the cost or give the boys a huge payout. Adam sees the latter offer as the best. He wants them to take the pay out and close down the Lucheonette. Obviously, this was too much for Crosby to handle so Adam gives him some space to think about it. Both consulted their wives. Adam wants to cash out because having the Lucheonette has been a huge burden this past year. But he also knows the studio is Crosby’s life. Kristina also wants the Lucheonette to end but didn’t outright say it. Instead, she gently mentions that they had a good run and Crosby can take care of himself. Adam picks the cash route. On the other hand, Crosby also was going the cash route but he clearly didn’t want to. Jasmine immediately picked up on that and tells her husband that he’ll be miserable working for ‘the man’. He loves that studio and they should keep it open and power through. So, Crosby picks the Lucheonette route. When they meet back, Crosby pep talks his brother about what a rough night they all had but things will look up because the Lucheonette would soon be in business. Not the conclusion Adam wanted to hear but he gamely goes along.

Hank picks up Drew from school. Drew is not in the mood for talking but that doesn’t stop Hank. Eventually, they finally have a heart-to-heart. Drew sullen attitude was because of how his last interaction with Zeek ended. The whole Drew blowing the lid on Zeek’s surprise anniversary trip for Camille. Drew didn’t want that to be their last conversation and was terrified that it would. Hank reassures Drew that Zeek is not thinking about that. As parents, they hear the worst from their children but at the end of the day, it doesn’t truly bother them. In return, Drew apologizes for making Hank think that he was one of the losers Drew mentioned from an earlier rant. He tells Hank that he likes him and thinks he’s definitely the best boyfriend his Mom had in a while. Hank reminds him that he’s the best ‘loser’ boyfriend.

Probably that talk was what Hank needed to do what he was about to do next. During the whole episode, Hank wanted to show Sarah that he was there for her. But, again, Sarah slightly pushes him away telling her boyfriend that he doesn’t have to be there to see this. There was a moment when Hank went up to Camille to introduce himself and give her his sympathies. Sarah looked on with a proud smile. But when Hank sees Joel stride in with morning coffee for everyone he becomes even more insecure. And it didn’t help when he pointed out to Sarah that Joel is here and Sarah answers back that Joel is Julia’s husband. Well, someone else was soon about to be a husband. Outside of the hospital, Hank does what Hank does best – ramble. And since Sarah is the Queen of Rambling, it was 2 minutes of rambling over one another. Finally, Hank gets the edgewise and proposed to Sarah who was stunned. Hank says she can think about it given, you know, the situation and setting their in.

I don’t think Joel had any idea that he was a small reason for Hank’s proposal to Sarah. Joel just wanted to be there for his family. Julia was grateful for the coffee but he didn’t really have to stay. But he wanted to be here for Zeek. After the first round of the family comes back from seeing Zeek in his room, Julia and Joel goes in next. However, they are stopped by a nurse who stated only family were allowed. Julia tells the nurse that Joel is her husband. They get to Zeek with Camille sitting by his side. As Julia was calling out to her Dad that she and Joel were in the room, everything goes haywire. Zeek’s vitals crashes and the nurses and doctors rush in and immediately rushes him into surgery.

A few moments later, they get word that Zeek is weak but okay. The whole family goes to see him. Again, it’s so weird seeing this big burly man being reduced to a hospital bed with wires going through his body. Zeek gets emotional when he opens his eyes to see Camille. “How did we get here?” That was the rhetorical question he asked his wife and it broke my heart.

While enjoying a story from Crosby, Zeek’s doctor, Dr. Gordon, enters the room to break some bad news. At first, he wanted some privacy but Zeek is okay with the family there. The doctor tells him he has 3 options: 1) Go back into surgery even though his body is too weak for it 2) Have no surgery which leads to a very high risk of another heart attack, stroke, etc. 3) take some time and rest up. Think about the other two options and come to a sound decision.

Alone in the room, Camille wants the family as a whole to come to a decision. But Zeek wants the decision to be from himself and his wife. “We’ll make the decision. You and me.”

The evening was meant to be Amber’s baby shower. Given what happened, the ladies surprised her with the shower inside the hospital’s cafeteria. The show concluded with each mother giving Amber advice. Camille’s advice was tenderly blunt – life was short, don’t let it pass you by and above all cherish your baby.

Written by Vivy from Heart Print and Style 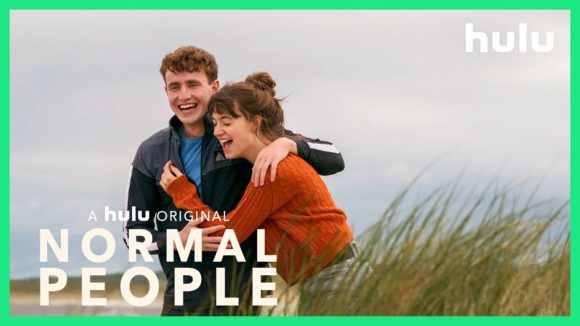 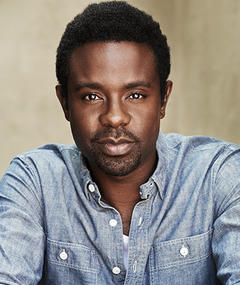 Another feature in the series. He featured recently on season 2 of Dead to Me and it occurred to me that I had seen him

A Ryan Murphy production, this documentary tells us the story of Terry Donahue and Pat Henschel. They have been partners for almost 70 years and