My Thoughts On “Selma” [No Spoilers] 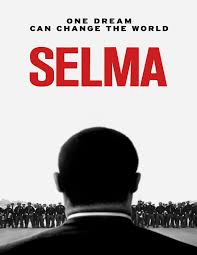 “Selma” the movie is set in the year 1964 and focuses on Martin Luther King’s life and efforts in getting the Voting Rights Act of 1965 signed, most notably the Selma to Montgomery March.

As good as this movie was, I cannot bring myself to say I enjoyed this movie because in all honesty it was hard to watch. Some may not even consider this a review because I am going to focus on how this movie made me feel because  I felt a lot of feelings.

One word to describe this movie: POWERFUL.

When I think of the backstory of this movie, I am SO glad that Lee Daniels chose “The Butler” and didn’t get to direct this movie because it landed in the exactly the hands it should have with Ava DuVernay. I’ll come back to her but let’s start with the actors. The two lead actors David Oyelowo and Carmen Ejogo happen to be British (this shouldn’t be a surprise, the Brits are slaying) and totally encapsulated the characters they were playing.

I am not a fan, rather I am indifferent towards Oyelowo as an actor, I have never really watched anything of his and felt ‘oh wow” but in this movie I completely forgot who he was and saw him as MLK. While Oyelowo is the one getting all the accolades in this movie, I have to give a special shout out to Ejogo. I know I usually root for the understated performances but Ejogo was giving me cool, quiet fierceness and I was here for it (Think Phylicia Rashad as Mrs Huxtable). That scene with both of them in a room after Coretta catches MLK in one of his discrepancies. Everything. Also, these two nailed their accents. As the accent police, I was listening very closely and not a single violation.

A lot of familiar faces could be found in this movie. From Oprah to Common to Lorraine Toussant, Giovanni Ribisi, Cuba Gooding Jr and many more. No matter how small or large their roles were, everyone brought their A-game and brought their piece that made this whole movie great. I can’t give spoilers but for those who have watched it – Oprah’s scene, the scene with the Grandpa, the scene with Malcolm X, the scene with the two young activists. I could go on and on.

Back to Ava. This woman completely brought her vision to reel and made us see it through her lens. I can’t really describe how she did it but somehow every scene was important and just felt powerful and I could feel what the characters were feeling. Let’s talk about the visuals. The movie had some kind of hue. The best way I can describe it is the way Wes Anderson’s movie look.  I have to also mention one of my favorite scenes which was the march on the Edmund Pettus bridge. I thought it was so brilliant having the juxtaposition of the scene in the movie and the footage of the real life march. Add the song that was playing in the background (Fink’s “Yesterday was hard on all of us”). Loved it.

I know I said it was hard to watch earlier and being an African American woman living in America in these times, yes it was hard to watch. You know that saying “The more things change, the more things stay the same”, never has this been so apt. Watching some brutal scenes, it made me so sad because it’s hard to accept that how many years later, yes we can vote but we still seem to be in the same place.

In summary, yes I would recommend this movie. Oyelowo delivers MLK as a man who did something so extra ordinary for us but was still a human being with flaws and insecurities. The movie is in good hands and while not being a perfect movie, check marks on acting, soundtrack, cinematography and impact. Even the epilogue on some of the characters had me feeling something.

Here’s the song I mentioned:

Loved this review. Highlighted absolutely everything I liked about this film and thank you for letting me know about Fink! Was looking for the name of this song.

Went to watch “Selma” over the holiday season with the family and we were all in agreement that it was such a good movie. My parents were especially tickled that both leads were (British-)Nigerian. We went to grab dinner afterwards and our main convo was “Selma” and the many scenes that touched us.

I, too, was very much impressed with Carmen. Whole time I was watching Coretta, I did get a sense of Claire Huxtable but I also got Jackie Kennedy, as well. David was great, too. Grandpa and his family put me deep into my feelings.