We flash back to Quantico, where before the trainees are given this week’s assignment, they have a brief pool exercise. In this exercise, 2 trainees are tied together and dropped into the water and they have to “sink or break free” together. Alex and Shelby are tied together and they break free pretty fast, causing Alex to get cut in the finger by one of the zip ties. Alex also gets her dad’s file given to her by Liam.

The lesson of the week is for the trainees to create psych profiles of their fellow trainees. Miranda said that the purpose of this is to enable them know their strength and weaknesses. After the profiles are turned in, Miranda congratulates them for doing a great job. She said they had never had such great insights given by trainees before. She tells them their scores are on the outside wall but it turns out to be the actual profiles she posted. This gets everyone very angry at each other especially good friends like Shelby and Alex. Roomies, Ryan and Simon are also pissed at each other and Raina/Nimah at Nathalie. Miranda then drops another bombshell as she says they have to submit three names of who should be cut from the program, and if they don’t, she’ll cut ten of them herself.

The trainees continue being mad at each other and in a laughably weak-looking hand-to-hand training exercise, Shelby and Alex punch and talk about their aggressions with each other. Nathalie also punches “Nimah” in the face. Everyone continues being angry but things really boil over when Ryan calls Simon “creepy” (which he’s 100% accurate about) and Simon grabs him by the neck. Alex tries to stop the in fighting and says they should stick together and let Miranda choose but Simon chooses to go submit his list of names to her. He goes back and tells them he’s chosen to make a list to Miranda and while some other trainees are about to do the same, Miranda shows up and tells them the purpose of the training was to make them bond together so they could have each other’s backs and that Simon had earned a formal reprimand for turning on the group.

Shelby and Alex make up and Shelby convinces her to read her dad’s files. Alex finds out he was a decorated FBI agent and she cries because she feels guilty for killing him. Nimah and Raina also get into a heated fight, which results in 2 things, Raina punches her sister in the face so they could match and Nimah also leaves Quantico from anger at her sister. We also see that Miranda has a son that she helped put away in jail and who is up for parole soon. We don’t know why or how yet.

Back to the present, the FBI have Sita (Alex’s mom) in custody, Liam tries to convince her to turn on Alex. We learn that Liam and Alex’s dad did “something” that we are not privy to yet. Miranda however tells her not to betray her daughter because if she does, she will never be able to forgive herself.

Alex is with Simon and we learn that he didn’t finish the FBI training and is now a techie. He helps her analyze the evidence and in the process they discover the finger print on the C4 is an old one (because it doesn’t ‘t have the scar she sustained in the swimming exercise earlier). This means that whoever is framing her has planned it for a long time. Simon alerts the authorities as he said he has to look as if he helped her under duress, and the surveillance footage of Alex manhandling him is what ultimately gets her mom to help Liam. The episode ends with Simon receiving a phone call from Liam’s FBI superior who not only calls him Agent Asher (!!) but tells him to play it slowly.

Simon, Simon, Simon. Why so creepy? Ryan said it best when he told him that his every smile, every shrug was calculated. That was such an accurate observation. He’s indeed really creepy. And is apparently still an agent? What is his connection to the new guy? Liam too is however not far on the creepy list. When he was looking at Alex crying with Ryan, my skin actually crawled. I still don’t trust him at all. There are still so many unanswered questions though

Shelby transferred 1 million dollars to her anonymous caller. That call has an area code of Saudi Arabia. I still do not think she’s the terrorist though, just someone with lots of intriguing secrets. Who has Nathalie’s daughter? The moment where she cried for her made me dislike her just a little bit less. Alex’s dad was not a hero right? I’m sure something bad went on with him and Liam.

And the most perplexing question to me is still why Alex’s “helpers/friends” all seem to believe she did it. Are they in on whatever the anti-Alex agenda is? 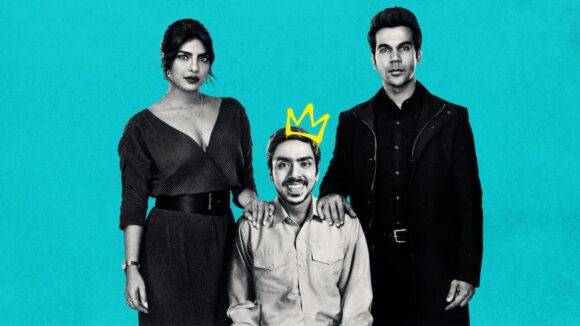 The White Tiger is a 2021 Netflix movie adaptation of a book of the same name. The movie starts with its protagonist, Balram (Adarsh Gourav)